Enquire Now
Menu
A thriving new community in the heart of Rototuna
A modern working environment, designed to meet the needs of businesses today
A new home for your business
Previous
Next

This Comprehensive Development Plan (CDP) covers Area A of the Rototuna Village and has been produced jointly for Kirkdale Investments Limited and the Hamilton City Council City as landowners of all the land within CDP Area A.

The CDP will deliver a comprehensively developed and well-designed Centre, with high levels of amenity and quality environments, in line with the expectations of the Partially Operative District Plan.

Area A is arranged around the redesigned North City Road and provides a range of retail and office floor space, a new aquatic centre, library, bus interchange, high quality streetscapes and a well-designed, flexible public square. It will be the commercial and community focal point for residents within the emerging
Rototuna residential areas and provides for high quality, safe connections to this surrounding development along pedestrian and cycle friendly routes.

It is also well connected to the wider city through a network of new and upgraded roads and by making excellent provision for public transport users, including a new bus interchange, additional on street bus stops and new roads which will connect into the wider Rototuna area as development proceeds.

It is anticipated that the Area A will be developed in a minimum of two stages.

This stage purposely excludes the small retail/commercial buildings located along the northern edge of the supermarket (facing the east-west local road). 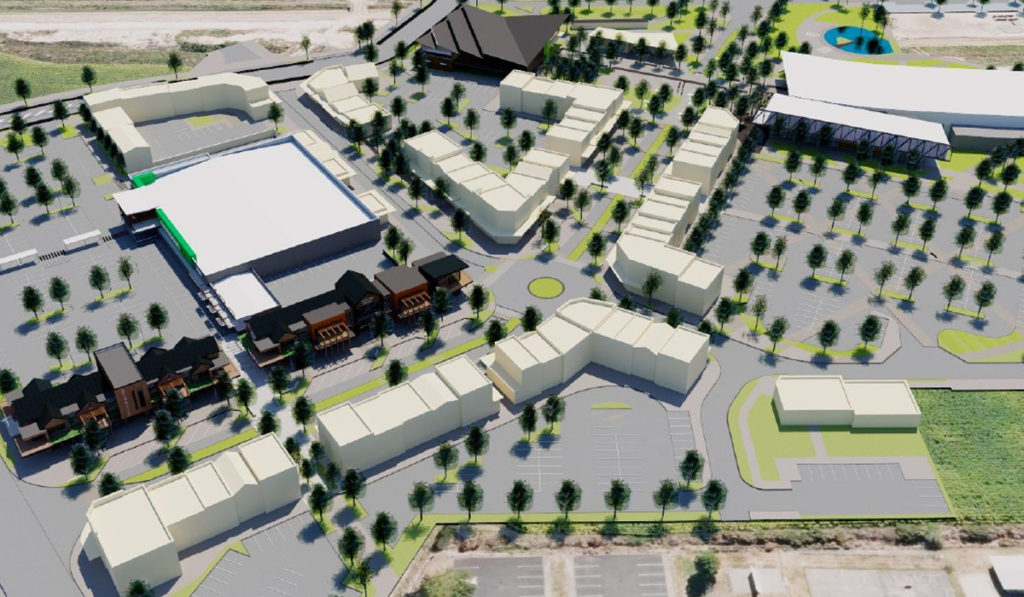 A new home for your business